A Little Ditty on Food, the Ultimate High 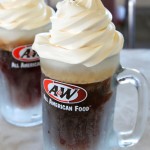 I was born Timothy James Holick over 57 years ago. With the love affair that I have with food, I should have it changed legally to Food A Holick. I’m sure you all have heard someone say, “I’m on a seafood diet.  I see food and I eat it.” Well, that is me right down to the last ingredients. I struggle with All You Can Eat buffets every time I am in the presence of one. I’m like a big dog: I almost eat myself to death before I stop. Laugh all you want, but food is the ultimate high in my life.

The other day for lunch here at work in our working kitchen, I decided to make myself a fried bologna sandwich. It has been at least 6 years since I have had one. My mother used to make me a few for lunch when I was young, and she was probably the last one who made one for me, just before she died. I’m here to tell you, there’s a science to cooking food like this. After you spray the frying pan with oil, get the heat up to where the bologna puffs up like a hat. You have to make sure that you time the puff-up where it browns the bologna on the bottom side and but doesn’t burn it. Flip it over and make sure you do the same on the other side. You must have fresh, and I do mean fresh, bread. The hot bologna steams the fresh dough in a way that sends your taste buds to heaven. Place the bologna on the bread and fold over. You can’t have the bologna flat; it has to be folded over in a way that it makes it look like there are more pieces of the meat than there actually are. It also will leaves air pockets for when you take a bite into the sandwich. Don’t wait for it to cool down! Take a quick bite, so that you get the heat and bread to stick to the roof of your mouth. I don’t know about you. but I like my fried bologna sandwich with nothing on it. I will add mustard sometimes but prefer it naked. I really believe if I let myself, I could eat 10 sandwiches at a sitting, but I settle for just two.

Pizza is another food that that brings back some great childhood, pig-fest eating stories. When I was young, it was the Central Cafe pizza in Middleboro. That was a treat for us if my dad ordered pizza out from there on Sunday night. I think a plain pizza was $.85 back then. I always liked plain and pepper pizza from the Central. Our dad always ordered quite a few different kinds, so that we not only had plenty but had leftovers in the morning. Cold pizza for breakfast was always a treat. When I reached middle and high school, it was the Greek pizza from Luccolo’s in Middleboro. Onion pizza became my fancy then. I just had to make sure that I didn’t have a date after I pigged out on one. I would have gladly had two pizzas, but money was tight with the few hours of haying or running papers per week.

Pork and rice was another favorite that my mother made from leftovers the next day after making a pork roast. She always made the tiny peas out of a can with it. She would make a big pan of it with all us boys. It was a given that we would had at least a few plates of the pork and rice at a sitting. Years later when my daughter Gina was around 2, my mother was amazed at her as she would finish her small plate of pork and rice and look up at my mother with those sparkling eyes and determined smile and say, “More.” That would go on for 3-4 plates also. I can still remember the smile that my mother had looking at this small, little, petite girl wolfing down her pork and rice. Food like this is passed on for many generations.

Hot pastrami sandwiches were another delicacy in the Holick house. It didn’t take much to satisfy our taste buds, I’m here to tell you. These sandwiches reminded me a lot of the fried bologna sandwiches. The steam from the hot pastrami also did something to the atoms of the fresh bulky rolls as you placed it in the roll. The pastrami had to be lean, but not so lean that it was not tasty or too tough to chew. Pastrami also has to have a certain fat content to satisfy your taste buds but again, not so fatty that it is too stringy. After you place the pastrami in the roll, you have to be quick when adding the fresh slices of provolone or Swiss cheese. My mother preferred provolone, so that is what we preferred also by default. By putting the pastrami on hot, right out of the pan of steaming water, the cheese softens over just right so that it doesn’t start to melt. The first bite in this sandwich also reminds me of the first bite of the bologna sandwich: it sticks to the roof of your mouth. Heaven is the first word that pops out of my mind after that bite.

I could go on for days talking about some of those foods as a kid that hold a special place in my heart. Some of it has to do with my mother or father because of the memories with them, and the rest is that wonderful taste and feeling that it gave me. After you get off the floor from laughing so hard at this blog, take the time to go back in years to your childhood and pull some of those wonderful foods up that still give you the chills up your spine just thinking about them.

Remember, you have your kids and maybe grandchildren like me just waiting to make those food memories with you so that years from now, they can look back and smile at the memories with you and also the tastes. Isn’t that what life is all about?

This entry was posted in Food-A-Holicks, Recipes on January 29, 2016 by THblog.
Transitional Style; The New Traditional Look?Do You Care?